The official International Phonetic Alphabet, and its organization in a chart, is maintained by the Association. As noted in our 19Handbook (Appendix 4), . Where symbols appear in pairs, the one to the right represents a voiced consonant. Shaded areas denote articulations judged impossible. 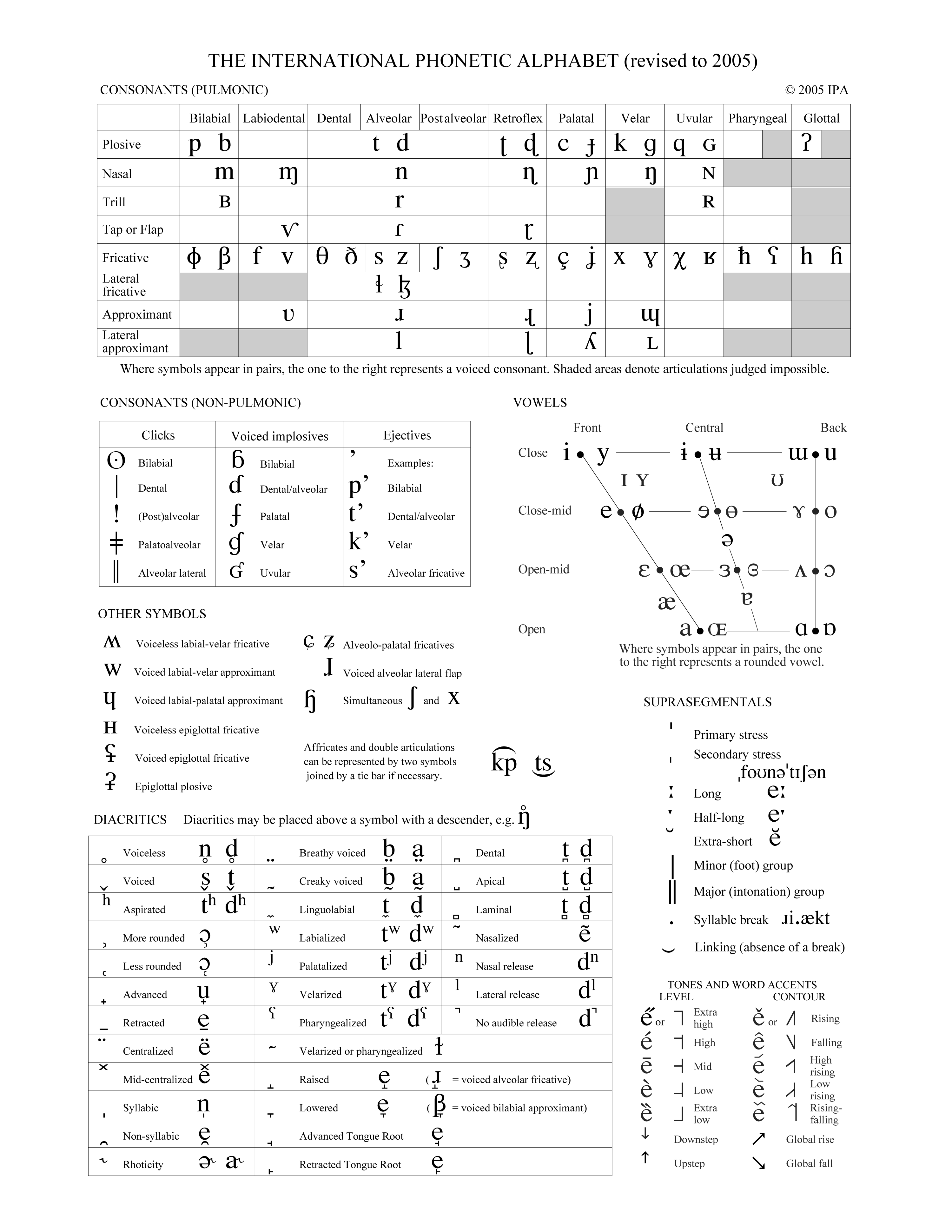 Symbols to the right in a cell are voice to the left are voiceless.